The most incendiary issue in America today is the subject of a compelling new musical that ventures into the soul of a nation divided. Through 14 songs and 7 characters, “Locked and Loaded, an American Musical” journeys with a parent coming to grips with his son’s death in a mass shooting. In the quest to honor a child’s memory by fighting a draconian new gun law, friendships are tested, stereotypes put up for grabs and even love of country is on the line. But within the concentric circles of pain wrought by gun violence, there is love and laughter. And when an unexpected twist upends the notion of what it might finally take to spur reform, hope still prevails. Through it all, a grieving father is strengthened by a woman who steps into his life just when he needs her most. Together they seek an illusive state—and state of mind—”where battles are fought/by rounds of thought.”

To support the development of this show, donations (made out to “Locked and Loaded”) may be sent to: Locked and Loaded, P.O. Box 306, Provincetown, MA 02657. For questions or information about a performance, direct emails to: gcmusical2020@gmail.com

Support
To support the development of this show, donations (made out to “Locked and Loaded”) may be sent to: Locked and Loaded, P.O. Box 306, Provincetown, MA 02657. For questions or information about a performance, direct emails to: gcmusical2020@gmail.com

What They Are Saying

“We’re proud to have given a launching platform to this creative and entertaining take on a most relevant topic.”—Brian Carlson, Past President Provincetown Theater Foundation

“I welcome events like this show that extend the conversation [on guns] and thank Jim Brosseau and all those involved.”—Robert DeLeo, Speaker of the Massachusetts House of Representatives

Hear Songs From the Musical 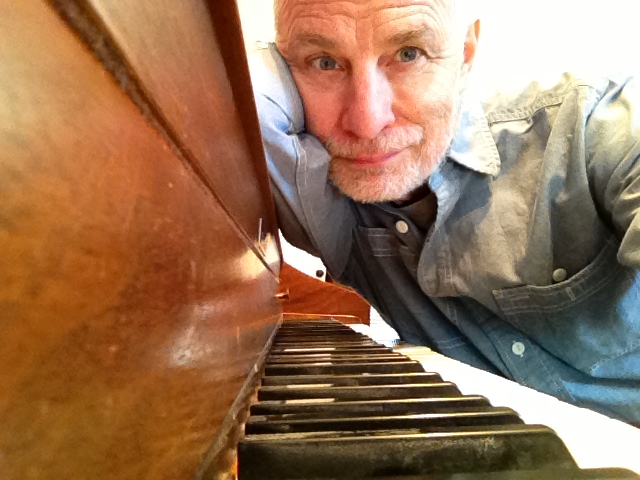 “To suggest that anyone in support of tougher gun laws wants to repeal the Second Amendment is an insult to those who lost their lives at Sandy Hook, Parkland, Mother Emanuel, Pulse … and all the other victims of America’s mass-shooting epidemic.”

The book writer, composer, and lyricist of “Locked and Loaded, an American Musical,” Jim Brosseau is a National Magazine Award-winning editor and writer and veteran staffer of Town & Country, Condé Nast Traveler and USA Today, among others. His articles have appeared in numerous U.S. and Canadian publications. He is the editor of a popular anthology on civility. A self-taught pianist, he has performed at clubs and private events in New York, Washington, DC, Philadelphia and, most recently, on Cape Cod. His first musical, “Delicate Lessons,” received staged readings in 2013 at the historic Provincetown Theater, where “Locked and Loaded, an American Musical” was also presented.